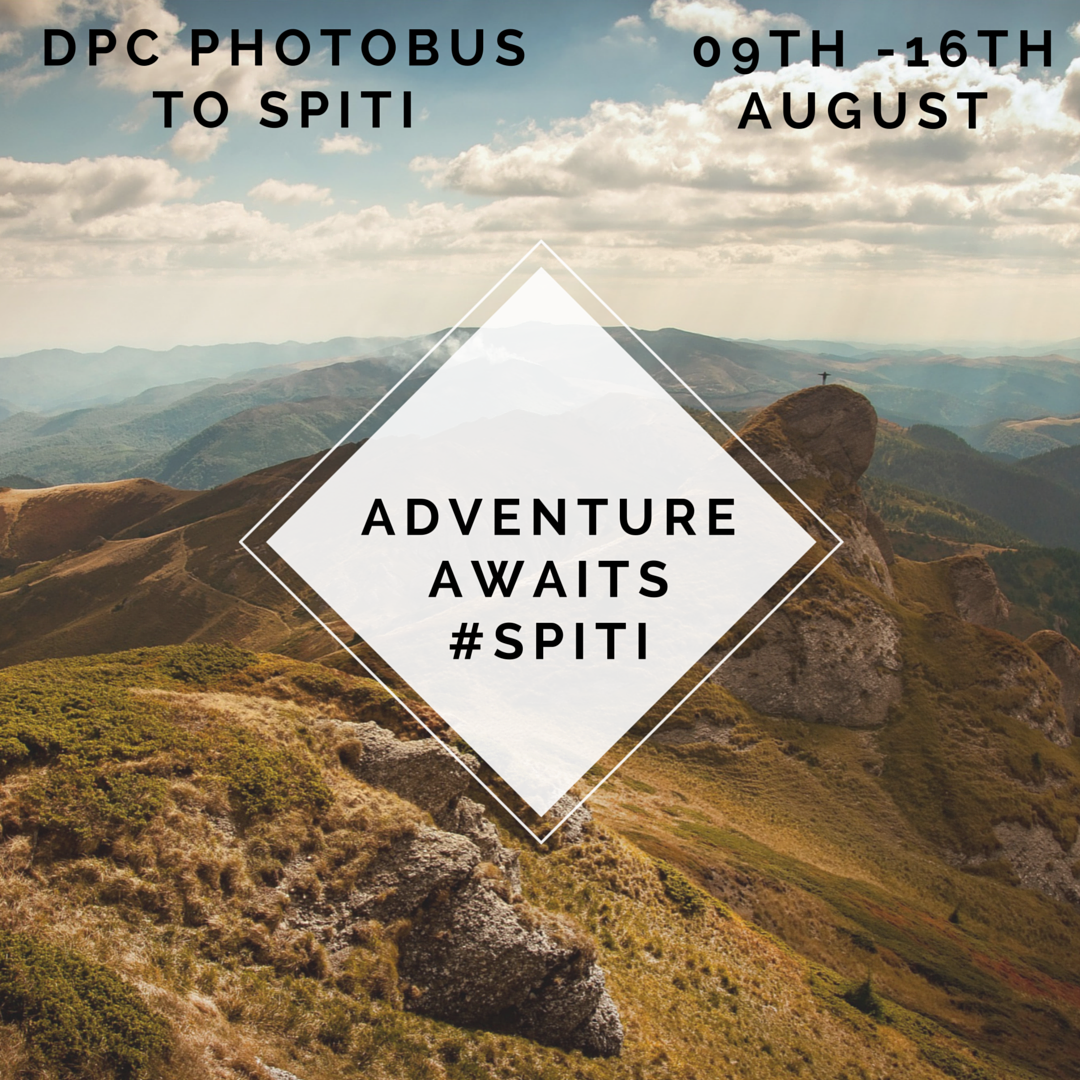 In the month of August, we are again going to Spiti, to witness and capture the most beautiful monasteries, landscapes and the local people. Its going to be a six day trip. We will be going by road.
Kindly pre-book with us, in case you are interested in going.
Itinerary
DAY 0: 09 th August Delhi to Manali
DAY 1: 10 th August  Manali to Kaza (Night stay in hotel at Kaza)
DAY 2: 11 th August Ki and Khibbar Monastery
DAY 3: 12 th August Rangrik , Lanza and Comic
DAY 4: 13 th August   Dhankar and Tabo
DAY 5: 14 th August Nightstay at Chandrataal
DAY 6: 15 th August   Starting Back
DAY 7: 16 th August Reaching Delhi

Stay: will be on twin sharing basis in a home stay environment.
Mode of travel: We will be traveling in an AC TEMPO traveller together.
Gear: You can carry tripods and wide angle lenses for cameras. Any camera is good for this trip so long as it digital. For yourself, please carry wollen cloths , comfortable shoes, take hats/caps, shades and sunscreen!
Fee (per person) : 17000 (including registration fee)
For  DPC Members : 16000
Fee includes travel & group transfers, stay and meals
Please note : If there is any special need please do let us  know in advance . For any medical requirements please share the history so that if required we may carry the medications to avoid any mishap.

Feel free to call us for further clarifications 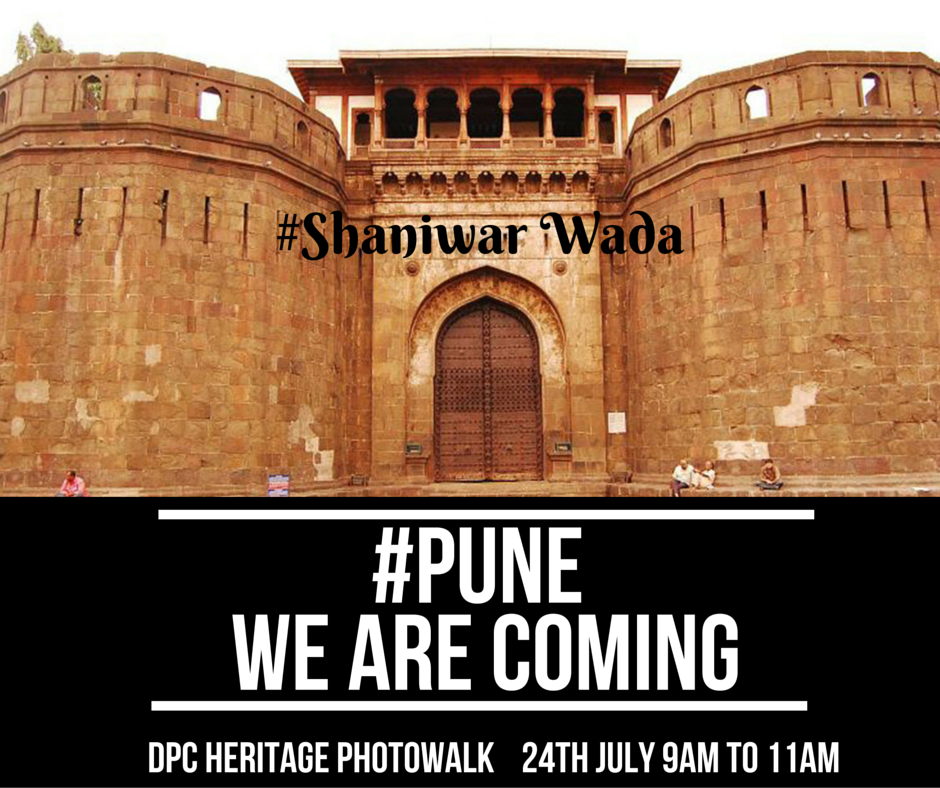 DPC announes its yet another brand new Photowalk in the city of Deccan Queen, Pune. This is our very first walk in Pune and we will have it in the Pride of Pune, Shaniwarwada Fort.

Shaniwarwada was built in 18th-century in the city of Pune in Maharashtra, India. Peshwa Baji Rao  laid the ceremonial foundation of his own residence. It is a seven storied mansion and served as a seat of political power during its time. It acclaimed tremendous importance and is the city’s main attraction till date. The elaborate foundations of the original palace along with the nagarkhana showcasing the wooden pillars and lattice work add up to the beauty of the mansion.

The entry tickets in the Fort will be on us. The camera tickets will be can be purchased on the counter.

We will finish our walk with a small photo discussion .

So Pune Gear up and lets rock with our cameras.

Register and Book your place @ www.delhiphotographyclub.com/register

Once you register for this walk we will send you confirmation mail 2 days prior to the event.

1. Kindly carry waterbottles, caps and sun glasses due to overwhemling high temperatures outside. 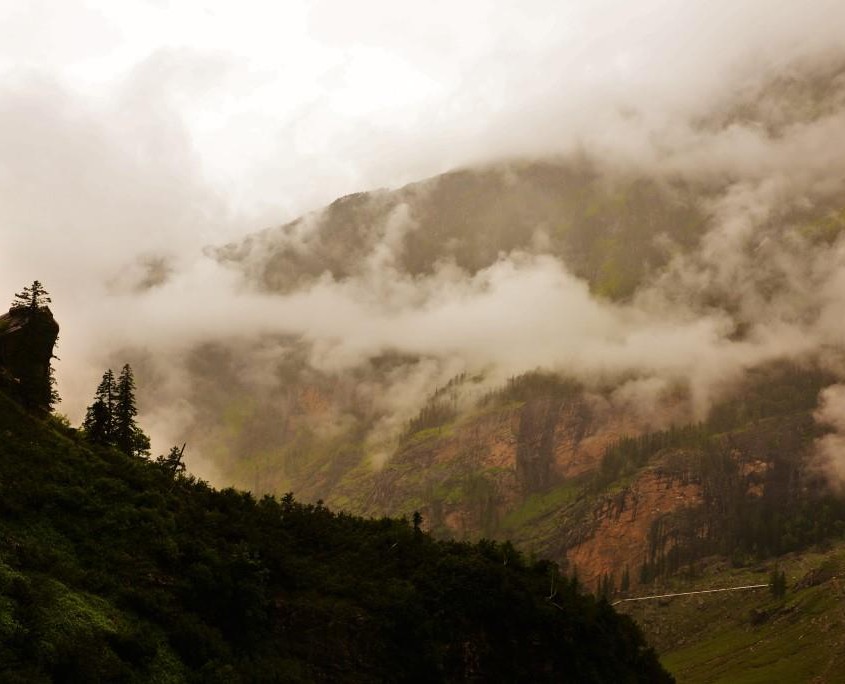 Varanasi has been a cultural centre of North India for several thousand years, and is closely associated with the Ganges. Hindus believe that death in the city will bring salvation, making it a major centre for pilgrimage. The city is known worldwide for its many ghats, embankments made in steps of stone slabs along the river bank where pilgrims perform ritual ablutions. Of particular note are the Dashashwamedh Ghat, the Panchganga Ghat, the Manikarnika Ghat and the Harishchandra Ghat, the last two being where Hindus cremate their dead. The Ramnagar Fort, near the eastern bank of the Ganges, was built in the 18th century in the Mughal style of architecture with carved balconies, open courtyards, and scenic pavilions. Among the estimated 23,000 temples in Varanasi are Kashi Vishwanath Temple of Shiva, the Sankat Mochan Hanuman Temple, and the Durga Temple. The Kashi Naresh (Maharaja of Kashi) is the chief cultural patron of Varanasi, and an essential part of all religious celebrations. An educational and musical centre, many prominent Indian philosophers, poets, writers, and musicians live or have lived in the city, and it was the place where the Benares Gharana form of Hindustani classical music was developed. One of Asia’s largest residential universities is Banaras Hindu University (BHU). The Hindi-language nationalist newspaper, Aj, was first published in 1920.

Varanasi grew as an important industrial centre, famous for its muslin and silk fabrics, perfumes, ivory works, and sculpture. Buddha is believed to have founded Buddhism here around 528 BC when he gave his first sermon, “The Setting in Motion of the Wheel of Dharma”, at nearby Sarnath. The city’s religious importance continued to grow in the 8th century, when Adi Shankara established the worship of Shiva as an official sect of Varanasi. Despite the Muslim rule, Varanasi remained the centre of activity for Hindu intellectuals and theologians during the Middle Ages, which further contributed to its reputation as a cultural centre of religion and education. Goswami Tulsidas wrote his epic poem on Lord Rama’s life called Ram Charit Manas in Varanasi. Several other major figures of the Bhakti movement were born in Varanasi, including Kabir and Ravidas. Guru Nanak Dev visited Varanasi for Shivratri in 1507, a trip that played a large role in the founding of Sikhism. In the 16th century, Varanasi experienced a cultural revival under the Muslim Mughal emperor Akbar who invested in the city, and built two large temples dedicated to Shiva and Vishnu, though much of modern Varanasi was built during the 18th century, by the Maratha and Bhumihar kings. The kingdom of Benares was given official status by the Mughals in 1737, and continued as a dynasty-governed area until Indian independence in 1947. 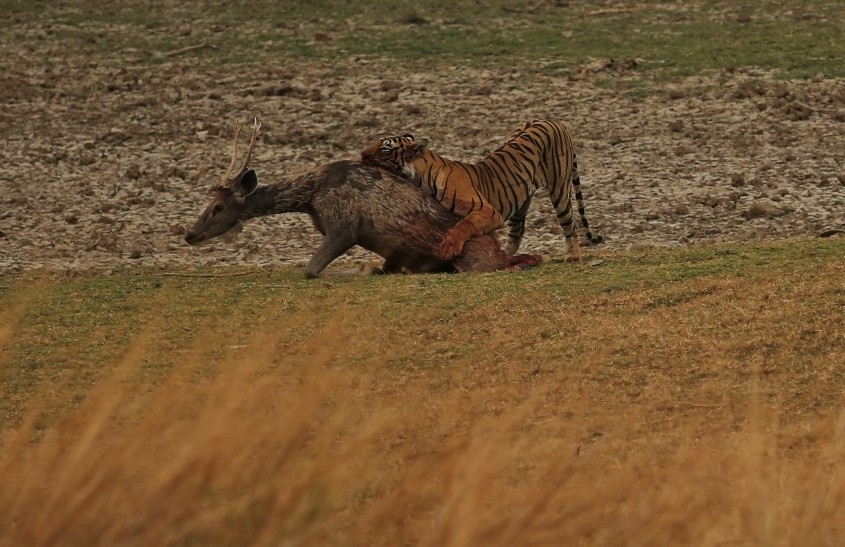