“ॐ (AUM ) and its significance. by Shri Vinod Goel 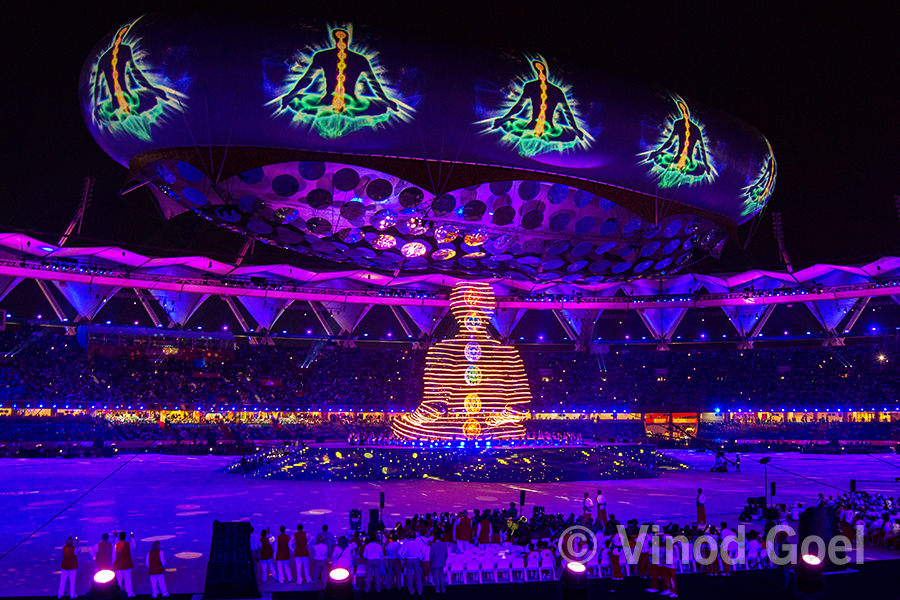 We nature lovers always tries to find out something different from our surroundings whether it is fauna , flora or the sky. Of course during the rainy season when most of the wildlife parks and the sanctuaries are closed except for the Southern India we look to the clouds which gives us chance to imaging as lot of patterns are formed among the clouds and it depends upon the viewer what he has in mind and what he is looking for. 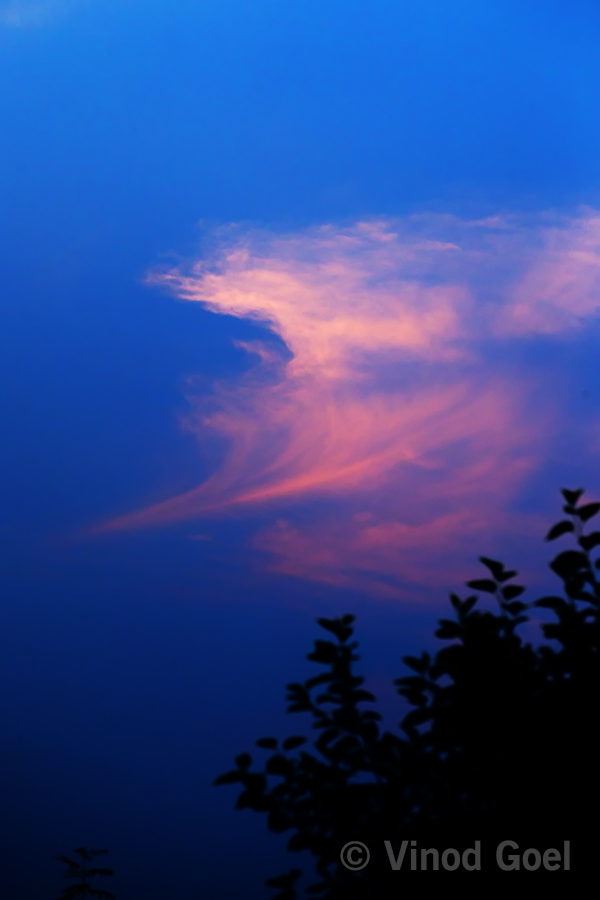 In the morning hours I always try to look towards the sky before the sun rises and even afterwards and one may be lucky to observe a lovely pattern which one relate to a known thing. Recently a viewer happens to see a Shivalinga in the sky. Another viewer observed lord Budhha in the clouds. I too is in search of something unique for a long time .

It was on 15th of July 2017 when I appear to have seen the formation of AUM in the sky. But really not satisfied. Again search .It was a better representation of AUM which I was looking for on 27th of July 2017.

What is so special about AUM ? 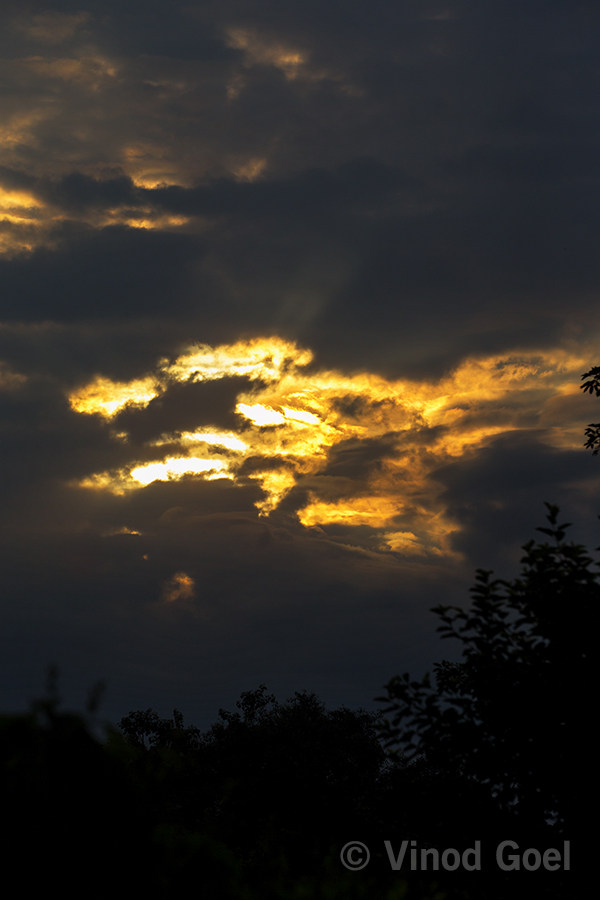 It is considered as most sacred and powerful utterances across all Dharmic traditions of India whether it is Hinduism, Buddhism ,Jainism or even Shikhism as Omkar.

In Sanatan Dharma AUM is the most powerful and spiritual symbol. It is often found at the beginning and end of many mantras.

Adi Shankracharya in his review states that Aum is a symbolization of Atman .

As per Shiva Puran –Shiva is declared to be Aum and Aum is Shiva .

It encompasses all words and all kinds of sounds of the universe.

It represents all the three fold divisions of time ie PAST ,PRESENT and the FUTURE.

The AUM mantra when chanted sequentially activates the stomach ,spinal chord ,throat ,nasal zone and the brain. The energy moves from the abdomen all the way up to brain thereby channelizing energy and activating the super consciousness of our being.

It has a very clear and physiological affect on the body.

Lord Ganesha is identified with AUM or OM . Ganapathi Atharvashirsa refer to this association. Even one can see similarities between the shape of Ganesha body in the iconography and shape of AUM in the Devanagri and Tamil script.

Let us enjoy the beauty of the AUM through the images from the nature .”

A retired civil servant by profession but a True wildlifer at Heart . Sh Vinod Goel started his journey from the tender age of 11 years, he left his home and parents for schooling in a hostel. Later on as a Civil Servant his job took him to various parts of the country of India. His very first visit to Kanha National Park in Central India in April 2004 ignited the passion for wildlife and has not digressed from that.

During the last 13 years he had been to more than 50 to 60 National parks and wildlife sanctuaries. Initially he visited the wildlife sanctuaries in the States of Chhattisgarh, Madhya Pradesh, and Uttarakhand. He had been to all the National Parks of Madhya Pradesh, Rajasthan, Maharashtra, Uttar Pradesh, Uttarakhand, Bihar and West Bengal. Out of 50 tiger reserves in the country he has been to more than 20 tiger reserves and photographed tigers in 12 of them. Apart from tigers he has captured unbelievable moments in the wild.

Sh Vinod Goel is widely known in the wildlife community   and his work has been acclaimed globally. In his free time he can be seen capturing the unusual moments of denizens of the wild in various parks and sanctuaries of India. His daughter Nitya Goel Aggarwal and son Bharat Goel are with him in his mission.